A place to share information about other games around. Games will get their own category if they get a lot of different topics. Feel free to advertise your favorite games as player or developer!
Post Reply
2 posts • Page 1 of 1

We've had some excellent times and inspiration in earlier open beta's from this game by Nexeon Tech and Duplex Systems.
Just received an invitation to join the Open Beta and figured I'd share it with all you rage-quitters out there 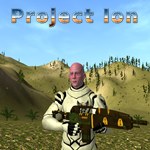 Re: Open Beta: Face of Mankind - Fall of the Dominion

For those who never tried it out, here an video from the community to all former and potential players.

They created this video in order to support the game in it's kickstarter campaign that took place in 2013 to give the needed funds to continue and expand.

The campaign was successful but i must admit i have not yet took the time to re-explore the game since 2010 i think.
Had downloaded it in 2013 in the time of the campaign but did not felt the same touch as i had back in 2010.

As someone said back in 2013, FoM can be alive and kicking the one month, and dead and desolate the other month.
Still a great game with great memories, and then i not even was their that long considering the many years it exist already.
Project Ion Download
Project Ion Facebook
Top
Post Reply
2 posts • Page 1 of 1